Skip to content
Previous Next
Mustang Nepal: In Search for Guru Rinpoche

Rocked by the pockmarked roads of Nepal’s capital city, I secured my backpack and tightened my grip on the backseat of the motorcycle. The bike jerked and rumbled past women stirring steaming pots, men drinking tea, and kids flying kites between towering apartments under construction. Other bikers dressed in Western clothing zipped past us, skillfully navigating the maze of slower moving cars, skinny dogs and cows, and trucks tottering with stacked boxes, baskets, and barrels of who knows what going who knows where.

Over the shoulder of Dinesh, the driver of this rocket, I took in Kathmandu, a developed, thriving municipality of a million people. Another 1.5 million residents of this sprawling urban agglomerate live in the surrounding mountains, tending the rice terraces stacked on the hillsides above the city. Beyond this fertile valley lie the highest places on earth. To the north is Tibet, a wilderness restricted to travelers, and India spreads to the south; the collision of these colorful cultures, religions, politics, food, and languages keeps Nepal, which is roughly the size of Arkansas, one of the most fascinating pockets on the planet.

As we sped through the crowded streets, images of Dinesh’s photographs I’d been poring over all morning came to life. I was anxious to start my adventure and experience the tangible panoramas he’d captured of mystical Mustang, a rugged region northwest of the metropolis we were racing through now and the ultimate destination of my trip.

He destroyed the demons, painting the towering cliffs red with their blood and scattering their remains to the grasslands below.

Dinesh dropped me off at my hotel in the Thamel district late that afternoon. I ventured past the Western menus of this touristy neighborhood to a Nepalese restaurant and ordered a local classic: buffalo momo and an Everest beer. I savored the dumplings and refreshing brew and then pulled my notebook from my backpack and the novel that had inspired this trek halfway around the world. Over a cup of chiya, Nepal’s version of an Indian chai, I smiled at the contrast of this scene to the one that sparked this journey about a year ago.

It was then that, on the patio of my favorite café in Princeton, New Jersey, I enjoyed a coffee while perusing the New York Times. My eyes fell on a story featuring a great battle between demons intent on preventing the spread of Buddhism and a heroic sage named Guru Rinpoche, also known as Padmasambhava, also known as the Second Buddha.

As the story goes, in 760, King Trisong Detsen, the first emperor of Tibet, was attempting to build Samye, the first Buddhist monastery on Tibetan ground. Yet each time it reached a certain height, it would collapse. Convinced the demons were hindering his progress, he requested Guru Rinpoche travel from his home in India to subdue the demons and allow Buddhism to flourish. The emperor waited impatiently for him to arrive.

On his journey to Samye, Guru Rinpoche read the teachings of the Buddha, and the demons caught wind that a powerful mystic had not only discovered a great truth, but he was bringing this Dharma to Tibet. Guru Rinpoche knew of these angry demons and pursued them deep in the snowy peaks and desert canyons of Mustang.  He destroyed the demons, painting the towering cliffs red with their blood and scattering their remains to the grasslands below.

After wiping out the demons, Guru Rinpoche continued on his quest and arrived in Samye to complete his task.  Centuries of civil wars, earthquakes, and fires have changed this holy site, but it still stands today as a sacred pilgrimage destination and symbol of religious perseverance in Tibet.

The article triggered the memory of some exotic place I’d learned of in one of my all-time favorite adventure novels. That tale revolved around two treasure hunters seeking a one-footed creature in the kingdom of Mustang. It was clear that lore and legend engulfed this foreign nook, and I needed to know more.

The next morning, my trekking guide, Nima, picked me up early for a ride under clear skies. We headed south to Pharping and the Asura Cave, where I took another of what was turning into thousands of steps on this journey to discover more about Guru Rinpoche, and the Dharma he taught.

Prayer flags whipped in the wind overhead as I ascended past monks dressed in red robes. I arrived at the mouth of the cave, and Nima pointed out a well-defined hand imprint on the outside wall. Other carvings and impressions belonging to Guru Rinpoche stood out unnaturally as smooth, shiny rock rubbed by thousands of palms belonging to pilgrims believing this to be the very spot their great teacher had spent 12-years in meditation.

Ducking into the darkness, the light mellowed with hundreds of butter candles surrounding the spot where Guru Rinpoche prayed all those years. I lit a flame for good luck and stepped back into the sunlight. The sounds of monks chanting echoed in the background, and I closed my eyes for a moment relishing the present truth: my journey to Mustang had officially begun.

If you would like to learn more about this epic adventure click HERE or shoot us an email at info@explorerspassage.com.

I look forward to seeing you on the trail! 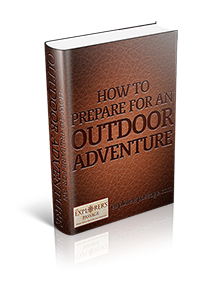