Skip to content
Previous Next
10 Fast Facts About Mount Kilimanjaro

Not only is Mount Kilimanjaro Africa’s tallest mountain, measuring 19,341 feet (5,895 meters), it’s also a UNESCO World Heritage Site. Unusually, it’s not part of a wider mountain range, making this the largest free-standing mountain in the world. To find out more about this iconic location, read our 10 Fast Facts about Mount Kilimanjaro.

1. Why is Mount Kilimanjaro famous?

Aside from the impressive stats, Mount Kilimanjaro is famous for its beauty. The most popular angle for photographers is the shot taken from Amboseli National Park in Kenya. Yet, in fact all of Mt Kilimanjaro sits in Tanzania, close to its border with Kenya. Mt Kilimanjaro is also actually a volcano with three separate cones. Of these, Mawenzi and Shira are extinct, but Kibo is classified as dormant. However, scientists reckon that Kibo last erupted 360,000 years ago and believe there’s little chance of it becoming active again anytime soon.

2. How high is the base of Mount Kilimanjaro?

The base of Mount Kilimanjaro is  approximately 16,732 feet (5,100 meters) high. Climbers tackle a wide range of landscapes as they progress to higher parts of the mountain. On the way to the summit, they navigate lush forests, alpine moorland, scree slopes and rock faces. The goal is the snow-capped Uhuru peak above, a reminder that the temperature steadily decreases with every step towards the top.

3. Is climbing Mt Kilimanjaro worth it? 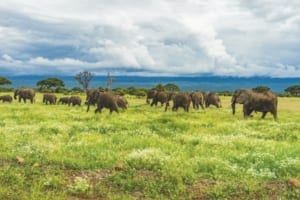 Climbers come from all over the world to tackle an ascent of Mount Kilimanjaro, we say Mt Kilimanjaro is definitely worth climbing. It’s one of the so-called Seven Summits, the highest peaks on each continent. Mt Kilimanjaro ranks at number four in terms of elevation, after Mount Everest, Aconcagua and Denali. What it lacks in stature, it makes up for in drama. The first recorded summit attempt was made way back in 1889 by a German named Hans Meyer, his Austrian mountaineer partner Ludwig Purtscheller and a local guide Yohani Kinyala Lauwo. Since then, thousands have followed in their footsteps and site the experience as simply extraordinary.

4. Is it hard to climb Mont Kilimanjaro?

Climbing Mount Kilimanjaro requires no specialized equipment and it’s not a technically hard ascent. But don’t be fooled: this is no walk in the park. Tens of thousands of climbers start out on what should be the hike of their lives but the risk of altitude sickness is significant and not all succeed in achieving the summit. To make it to the top, it’s essential to prepare properly. Train for steep gradients carrying a weighted backpack for over six to eight months prior to your climb. This will give you a fighting chance of reaching the peak so long as you build in time to acclimatize along the way. Check out our guide Hiking at High Altitude: 5 Things to Consider to ensure you are prepared for hiking Mount Kilimanjaro.

5. What route is best for Mt Kilimajaro?

There are seven routes to the top of Mount Kilimanjaro, each with their own pros and cons. These are Marangu, Machame, Lemosho, Shira, Rongai, Northern Circuit and Umbwe. Marangu, Machame and Umbwe start to the south. The Rongai trail leads upwards from the volcano’s northern flanks. Meanwhile, Lemosho, Shira and the Northern Circuit approach from the west. The Marangu trekking trail was the first to be established and remains popular as it slopes most gently and also provides accommodation on the way up. However, the more challenging Lemosho trail is considered better for scenery. Despite this, relatively few visitors choose this route, so if you seek a crowd-free climb, this could be it. The Machame route is one of the most popular routes, and we consider it the best route to the top of Mount Kilimanjaro, and has many opportunities where you will hike high and sleep low making it a great option for acclimatization.

6. How long does it take to hike Mount Kilimanjaro? 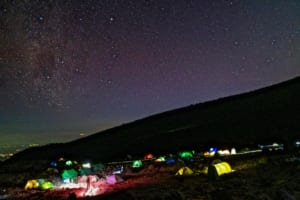 It takes between five and tens days to hike Mount Kilimanjaro depending on the route and the pace of the itinerary.  A few brave record breakers have occasionally done it in just one day! Treks vary in length as well as duration. As a rule of thumb, the more gradual ascents are the slowest. It allows time for climbers to adjust to the changing altitude as they gain height. The longer treks also tend to have a higher summit success rate. The Marangu route is considered an easier ascent and takes between five and eight days. In comparison, those opting for the Lemosho trail should allow six to eight days. The Northern Circuit is not only the newest route, but also the longest. Traversing the quieter northern slopes of Mount Kilimanjaro, you should allow at least nine days to climb using this trail. The Machame route takes 6 days, and takes you through five diverse climatic zones. If you are interested in hiking Mount Kilimanjaro, read why you should join The Explorer’s Passage on the trek.

7. How many miles is the Mount Kilimanjaro hike?

The number of miles to hike Mount Kilimanjaro varies according to the route you pick. Umbwe is the shortest route, but also the steepest. It measures 23 miles (37 kilometers). The longest route is the Northern Circuit, coming in at 56 miles (90 kilometers). In between, you have Shira 42 miles (67 kilometers), Marangu and Rongai, each 40 miles (64 kilometers), Lemosho at 35 miles (56 kilometers) and Machame at 30 miles (49 kilometers). But remember, it’s not just about length: the gradient and altitude gain are also significant factors which impact the difficulty of the hike.

8. Do you need to be fit to climb Mt Kilimanjaro?

In short, yes you need to be fit to climb Mt Kilimanjaro. Although you don’t need specialized climbing skills or previous experience, the thin air towards the summit of Mount Kilimanjaro shouldn’t be underestimated. Even those in peak fitness can be defeated by altitude sickness and unfortunately, being very fit doesn’t make you immune from its effects. That said, this isn’t a hike for the unfit, so if you’re keen to reach the top, get started on some serious training.

9. Do you need oxygen to climb Mount Kilimanjaro?

Supplementary oxygen is typically carried as standard by tour operators running Mount Kilimanjaro treks. While oxygen is typically necessary for climbs in environments with altitudes that exceed 23,000 feet (8,000 meters), climbers can experience the effects of altitude sickness below this elevation as well. In addition to oxygen, operators will advise clients showing mild symptoms of altitude sickness to take a break and descend to a lower part of the trail.

10) What is the best month to climb Mont Kilimanjaro? 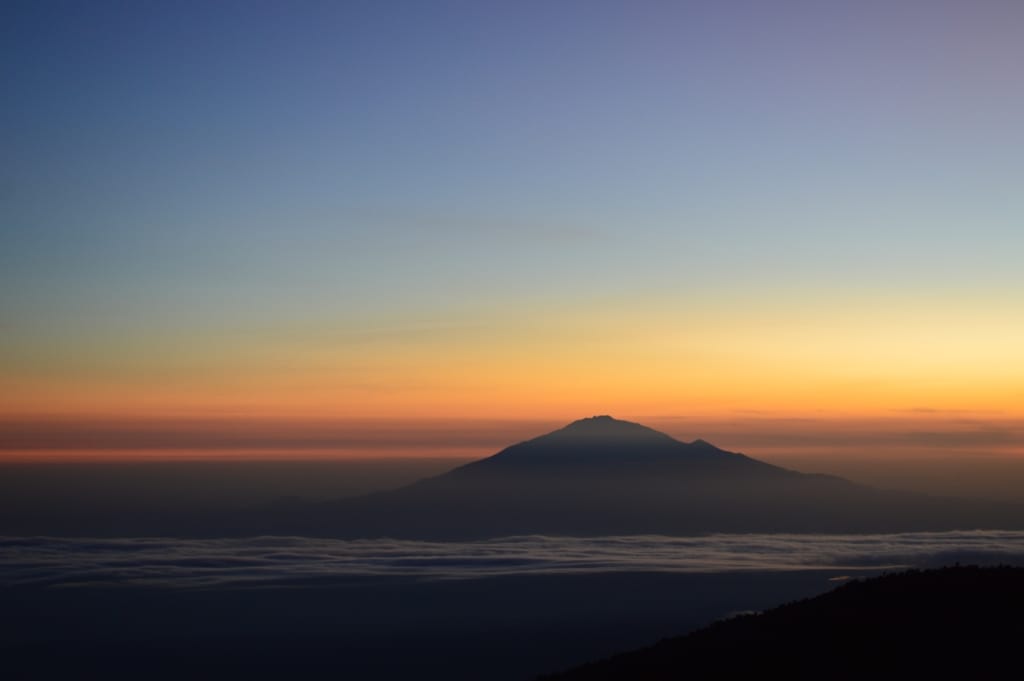 On a long distance hike such as Mount Kilimanjaro, rain is not your friend. As Mt Kilimanjaro is so close to the Equator, there’s no winter or summer. However, there is a pronounced wet season. Most climbers are encouraged to tackle the mountain when the weather is driest as it is safer and much more enjoyable. Precipitation is lowest from August to October, making these the best months to climb Mount Kilimanjaro. Rainfall totals rise slightly from December to February and in June and July. From March to May the rains come, making this a wet time to hike. That’s also the case during the short wet season in November. Wetter months are also cloudy, which not only affects visibility but also overall visitor satisfaction.

I look forward to hiking Mount Kilimanjaro with you!