Skip to content
Previous Next
The History of Climbing Mount Everest

The History of Climbing Mount Everest

It was 1841 when an obscure peak in the Himalayas was recognized as the tallest mountain in the world by a British survey team led by Sir George Everest, and whom Mount Everest was named after in 1865. Today, climbers from across the world attempt to scale it’s mighty face. For those who reach the summit of Mount Everest, they have climbed to the top of the world. For many who fall short, injury and death is their fate. The allure of climbing to the peak of Mount Everest has drawn climbers for over a century and no matter the risks it will continue to draw explorers for years to come.

What is the Elevation of Mount Everest?

The height of Mount Everest was first measured to be 29,002 feet, but was later revised in 1955 to 29,029 feet, and this measurement stands till today.

Mount Everest is located in the Mahalangur mountain range and is situated on the border of both China and Nepal. The summit of Mount Everest lies on the border of Nepal to the south and Tibet (China) to the north. The discovery of Mount Everest by George Everest and his team soon caught the imagination of mountaineers worldwide. The initial attempts to climb Mount Everest could only be made in 1921 from the north side (known as the Tibet side), when Tibet first opened it’s borders to the outside world. Nepal was still closed to foreigners at the time so climbing from there was not yet possible.

The History of Climbing Mount Everest

The first people to officially climb Mount Everest began their attempts in 1921. Two British Expedition team attempts in 1921 and 1922 failed to reach the summit of Mount Everest though. In 1924, wo members of a British expedition team, George Mallory and Andrew Irvine were seen just 800 feet from the summit, before being engulfed by bad weather. Though Mallory’s body was eventually found in 1999, it could not be established whether he or Irvine actually reached the summit as nothing was found on him to prove it. The mystery remains unsolved til this day.

The first climbers to stand on top of Mount Everest were Edmund Hillary from New Zealand and a Sherpa, Tenzing Norgay from Nepal on May 29, 1953 from the Nepal side. Hillary and Norgay were members of a British expedition led by Colonel John Hunt. The successful summit made them world famous 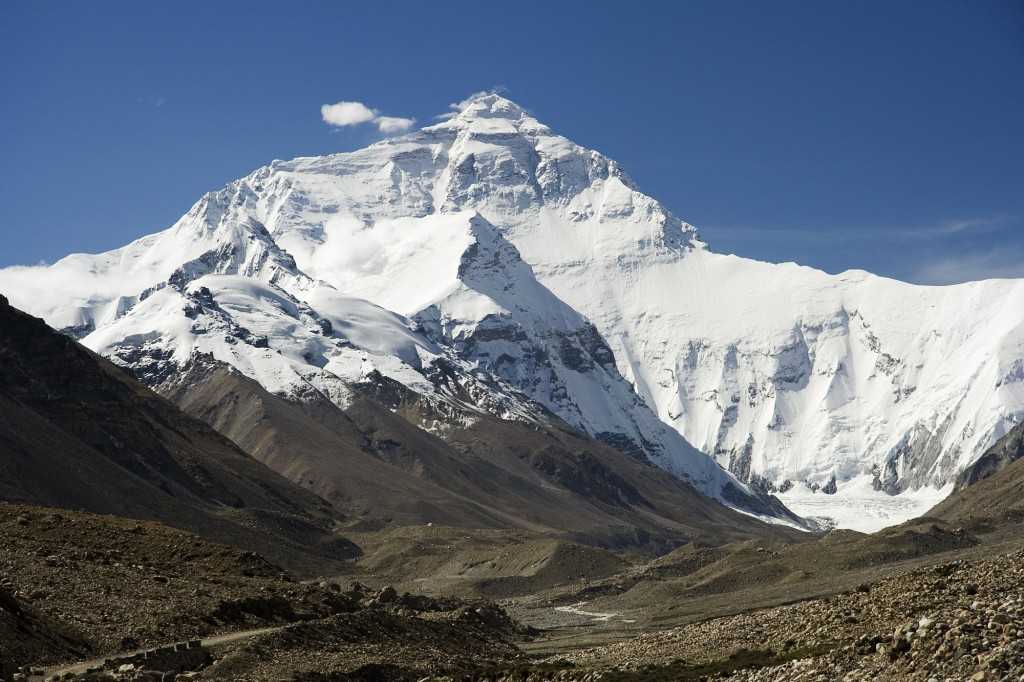 The top of Mt. Everest is engulfed by the jet stream for a major part of the year, making climbing near impossible due to high winds and extreme sub zero temperatures. It is only when the winds die down in May and again for a short period in September, that we have a so called ‘Summit Window’, when conditions are safe enough for climbers to try and reach the summit. The other reason that climbers make summit attempts primarily in May and September is to avoid the harsh winter snows and summer monsoon rains. 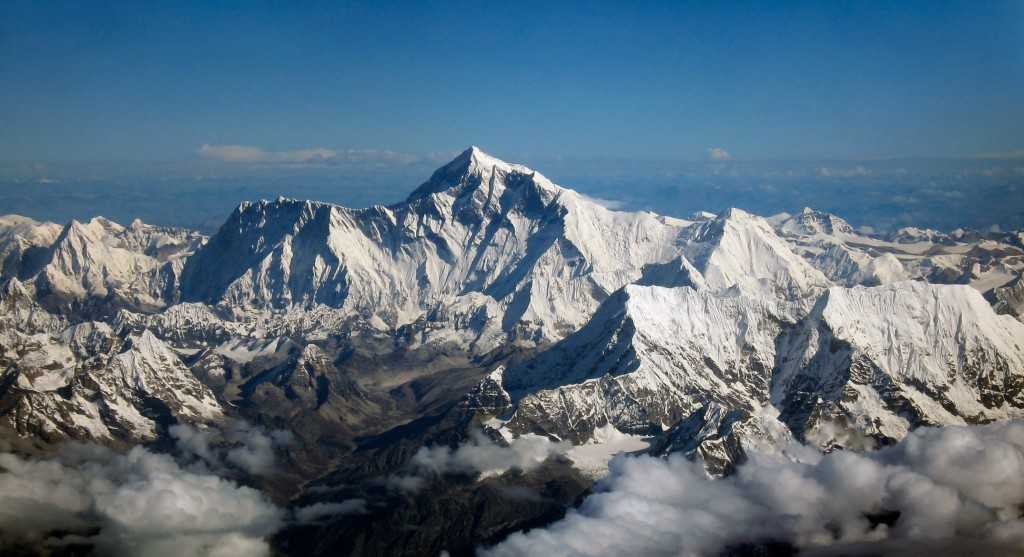 There are 18 different climbing routes to the top with the South Col or the Northeast Ridge Standard being the most popular. Though not as difficult to climb as K2 (the second highest mountain in the world), Everest has its fair share of avalanches, crevasses, sudden storms, strong winds and below 40 degree F temperatures. Many climbers struggle in what is known as the ‘Death Zone’ which refers to an elevation of over 23,000 feet, where the oxygen content in the air is just a third than at sea level.

The risks involved in climbing Everest are great. Even when using bottled oxygen, mountaineers can experience fatigue, nausea, vomiting and other related problems such as hypothermia and frostbite. Climbers normally spend months acclimatizing to get their body ready for the extreme conditions which they will encounter. Many people that have climbed Mount Everest come back with both physical and psychological problems from the climb.

Approximately 800 people attempt to climb Everest annually and there have been over 4,000 successful climbers on Mount Everest in history. You might be wondering who is the person who climbed Mount Everest the most times? Actually, two Sherpas hold the record. Both Apa Sherpa and Phurba Tashi Sherpa have both reached the peak of Everest 21 times. Professional climbers are not the only people who have climbed Mount Everest though. Climbing Everest is a dream held by many around the world. If you want to be one of the few who get to say: “I climbed Mount Everest!” then you will need to hire a professional guide. Many Mt Everest climbing guides charge over $75,000 USD for people to join Mount Everest climbing expeditions. If you are interested in climbing up Mount Everest then you will also need up to three months to make the journey. It takes 19 days round trip to trek to and from Everest Base Camp. Once at Everest Base Camp it then takes an average of 40 days to climb to the peak of Mt. Everest. The reasons for the duration is that in order for the human body to adjust completely to the high elevation then climbers must spend time at Base Camp and must make a series of acclimatizing climbs to the various camps to climb Mount Everest. 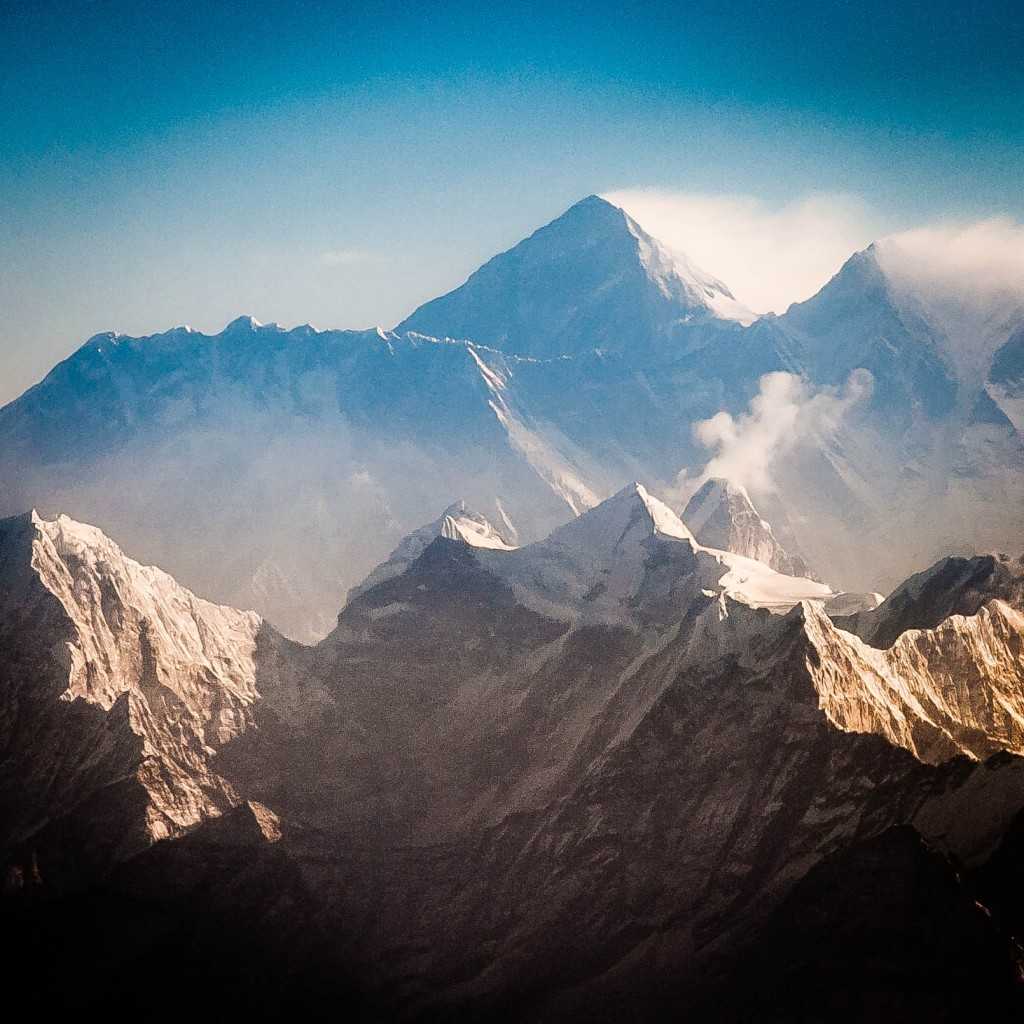 Climbing Mount Everest via The South Col Route (Nepal Side)

Climbing Everest requires months if not years of preparation and training. There are various rudimentary camps at different elevations which act as depots or stations used by climbers during ascents and descents.  The camps for the South Col Route are described below:

This lively camp is like a small village with hundreds of tents with people from all over the world, ringing of satellite phones and a constant chatter among the groups. Climbers usually rest at Base Camp for several days for acclimatization, to reduce the risk of high altitude problems.

You will also see trekkers at Base Camp as well. Thousands of trekkers each year make their way to base camp for a view of Mount Everest but do not attempt to climb higher than camp. It is one of the most popular long distance treks in the world.

The famous Khumbu Icefall is known as one of the most dangerous sections of climbing Everest via the South Col route. Huge crevasses and large seracs pose serious problems for climbers. Crossing through the Khumbu Icefall can take 3 to 5 hours for a fit climber who has properly acclimatized and more than 12 hours for an average conditioned climber with insufficient acclimatization. Most climbers try to head out as early as 4:00 AM before the ice begins to thaw which decreases the risks of danger when traversing the Khumbu Icefall.

At the end of the Khumbu Icefall is Camp 1. Camp 1 is a vast area of endless snow, deep crevasses and dangerous ice walls prone to avalanches. Start early in the season as by the end of May, the snow starts to soften which makes climbing more difficult. When leaving Camp 1, climbers can also experience extreme heat in this section as there is no natural protections from the sun’s rays on the climb to Camp 2.

The last rocky outcrop before the Lhotse Face, Camp 2 is considered to provide the most stunning views with clouds rolling in from the Himalayas into the camp. The climb to Camp 3, is via the Lhotse Wall which can be very challenging. It is a sheet of ice and you need to be careful as you traverse via fixed ropes with risk of sporadic rockfall coming from above.

Camp 3 is carved into the mountain and your tent must be secured to the mountain wall for safety. To reach Camp 4 you need to traverse two rocky sections on the wall known as the ‘Yellow Band’ and ‘ Black Turtle’ which lead to the “Death Zone”.

Camp 4 rests on a plateau between Mount Everest and Lhotse (the 4th highest mountain on Earth) called the South Col and is in what is known as the “Death Zone”. The “Death Zone” starts at 23,000 feet and is where the body begins to die from a lack of oxygen. The scenery at Camp 4 is magical as you have a clear view at many of the Himalayan giants rising through the clouds.

From Camp 4, you climb to the peak through the small plateau of the South summit, and then cross the Knife Ridge, a sharp and steep ridge, with the Hillary Step in the middle. The Hillary Step is a steep rock face and the last major obstacle before reaching the Summit.

For those who reach the Summit, they have accomplished something extraordinary. But the seasoned mountaineers know that getting to the Summit is only half the battle. They must have the strength and fortitude to get back down to base camp. 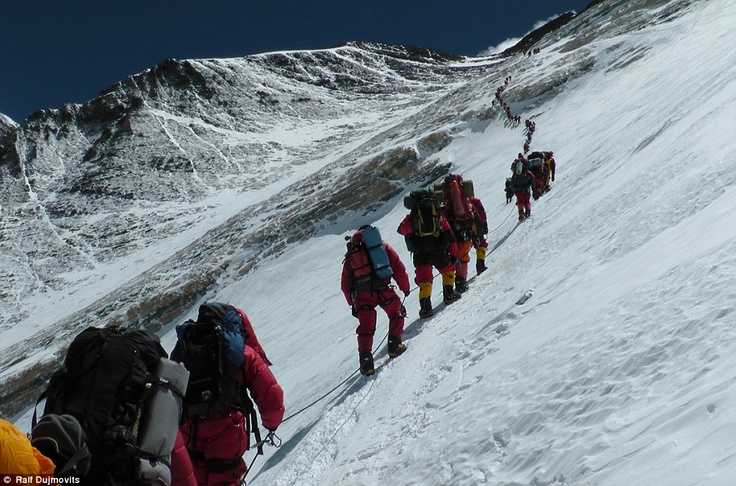 Since the first attempt in 1921, Everest has claimed over 250 lives. In May 1996, eight climbers lost their lives and a further four more perished during the season. These events were described in John Krakauer’s book ‘Into Thin Air’ and later turned into a Hollywood motion picture film ‘Everest’ which was released in 2015. There were a number of reasons for the 1996 disaster which included poor decision making, improper planning, climber bottlenecks, and a severe blizzard.

A deadly accident occurred in 2014 as well, when 16 Sherpa guides were killed by an avalanche at 19,000 feet, while fixing ropes for climbers in the Khumbu Icefall.

The single most deadly tragedy in Everest history occurred on the fateful afternoon of April 25, 2015, when a 7.8 magnitude earthquake hit Nepal and the surrounding areas, resulting in a massive avalanche which struck Everest Base Camp and took the lives of at least 22 people.

These tragedies have not deterred climbers from attempting to scale Everest. Sadly, as the climbers on Mount Everest grow in number, so does the death count.

The Sherpa are the brave and hardworking ethnic people who live in the Khumbu Valley of the Himalayan region that have assisted westerners and other climbers in accessing Mt Everest and other Himalayan peaks. They are very friendly and easy going people and take immense pride in their mountaineering heritage. Without the Sherpa to carry gear, oxygen and other equipment and to prepare the climbing routes with ropes and ladders the journey up Everest would be impossible. The Sherpa have been an integral part to mountaineering success on Everest since 1921. Many Sherpa climbers have been among the deaths in recent years and there has been a push in the global climbing community to recognize the sacrifices of the Sherpa community and the hardships placed on their families. Several funds were started after the 2014 disaster to help the families that Sherpa climbers have left behind.

George Mallory was once asked: “Why climb Mount Everest?” His famous response was: “Because it’s there!”

With all of the danger and risk you might ask yourself why do people climb Mount Everest? For many climbers, a Mount Everest ascent is the ultimate challenge. The lessons learned from climbing such as overcoming fear and adversity, is a powerful reward to anyone who attempts this climb.

If you would like information on our Mount Everest Base Camp Adventure click HERE or shoot us an email at info@explorerspassage.com. We always love to chat about adventure!

We look forward to seeing you on the trail!