Skip to content
Previous Next
Map of Antarctica, the 7th Continent 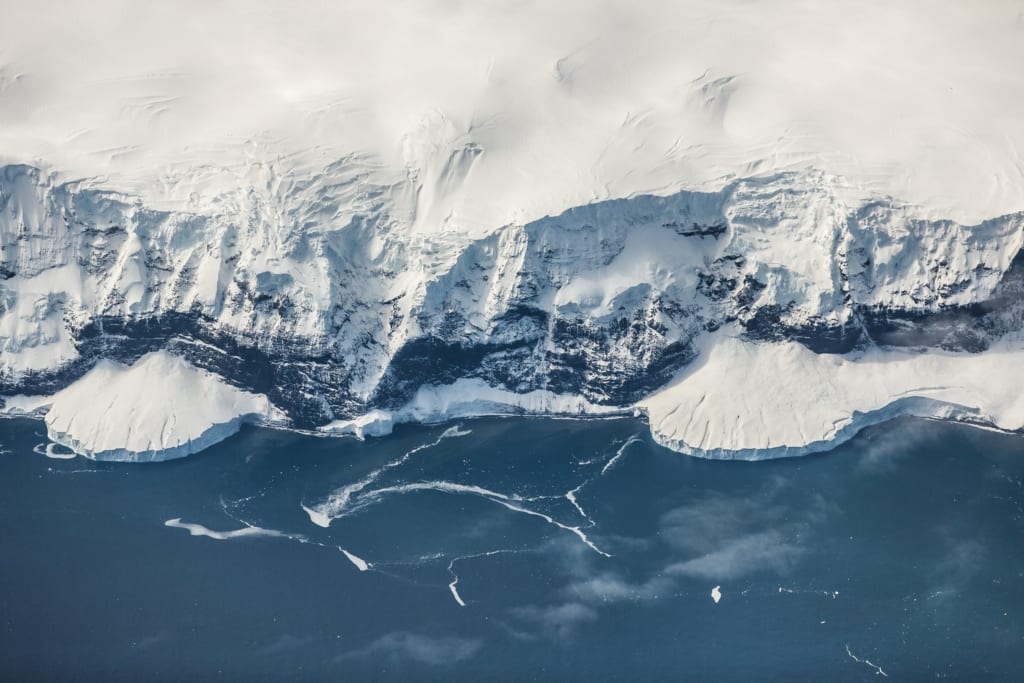 Map of Antarctica, the 7th Continent

The thought of visiting Antarctica, ‘the 7th Continent’ stirs up the imagination and wunderlust of travelers and explorers across the world. For anyone dreaming of visiting Antarctica, it is helpful to first learn more about its geography and history. We have created this simple yet informative map of Antarctica which gives one perspective of the size, shape, and most notable locations of the extraordinary continent.

The continent of Antarctica is approximately twice the size of Australia, and over 90% of it is covered in ice. The map of Antarctica below includes some of the continent’s key points and features. Of particular interest is the Geographic South Pole in the center of the map, which designates the southernmost destination on our planet’s surface, and one of only two points where all the longitudinal and latitudinal lines on the map meet! The Geographic South Pole also denotes where Earth’s rotational axis pokes through the planet’s surface and extends into space.

Additionally, although Antarctica has no indigenous human population and therefore no historic settlements, there are a variety of 19th, 20th, and 21st century bases and stations, some of which are designated on the map. Though these are just some of the largest or more established bases, there are also hundreds of smaller ones, particularly along the Antarctic Peninsula and the South Shetland Islands.

This map of Antarctica below may also look different than many other world maps that you have seen, where Antarctica is distorted and stretched from left to right at the very bottom of the map – almost an afterthought! 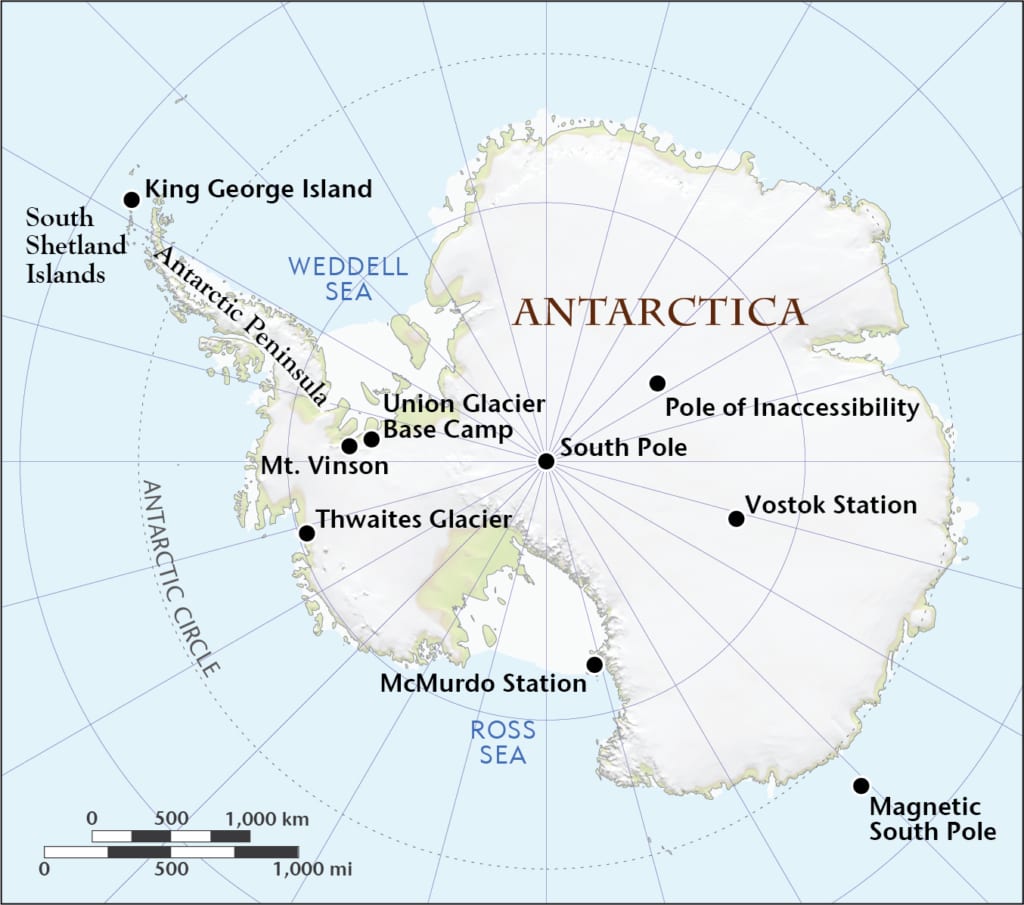 I hope you found this post to be informative and that it encourages you to learn more about Antarctica!