Skip to content
Previous Next
The Ultimate Travel Guide to Tortuguero, Costa Rica 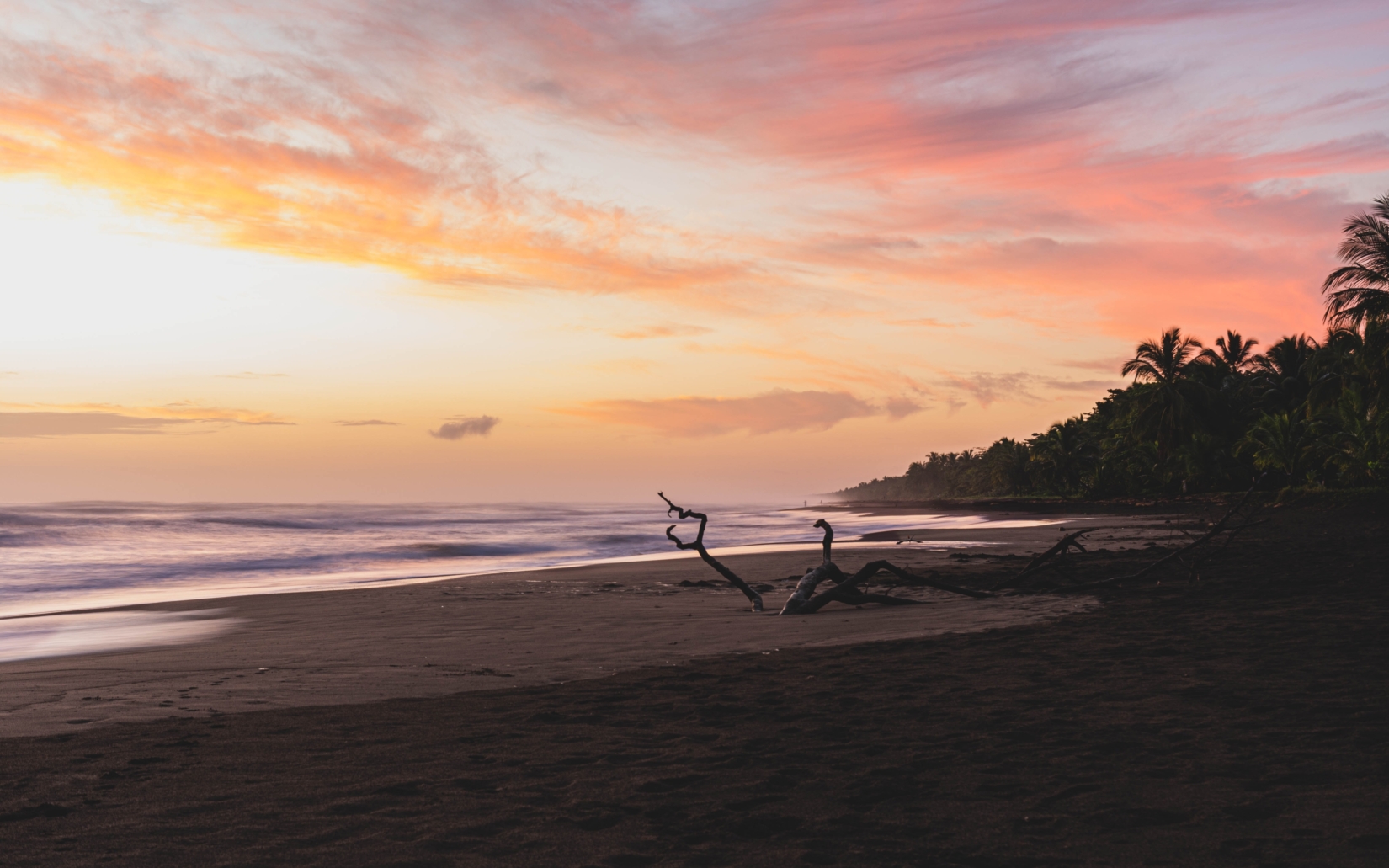 In Costa Rica, a country so famed for its wild landscapes, a town called Tortuguero is a cut above the rest. The whole place is enfolded by sweeping jungles on one side and dreamy beachfronts and alligator-filled lagoons of the Caribbean Sea on the other. No roads penetrate this Central American village, so boats and planes are your only way in. Once you’re in though, you will navigate through biodiverse canals by boats, kayaks, and canoes. It is common to stay in rustic lodges wedged between groups of ancient raffia palms.

Did you know the Tortuguero name is derived from the Spanish translation for turtle? The inspiration comes from the Tortuguero beaches which are recognized as some of the most famous green turtle nesting sites across the entire western Caribbean coast. You can expect your daily itineraries to revolve around wildlife encounters with turtles, hallucinogenic frogs, and elusive jaguars. With Tortuguero being home to some of the rarest animal species, it’s no wonder it’s one of the most desirable locations to birdwatch and sportfish.

Tempted? Any adventure-loving traveler should be. This ultimate guide to travel in Tortuguero can help you plan your trip. It’s full of great information to better prepare you for visiting this far-flung ecotourism hotspot on the Costa Rican map. For details on the best seasons to catch a glimpse of its wildlife, typical weather conditions, some of our favorite hotels, and things to do in town, read on!

My Experience in Tortuguero

One of my top adventure destinations is Costa Rica, a place where I have explored extensively. In my time there, I especially loved everything from hiking around the Arenal volcano and the beaches of Tamarindo, to the rich history of San José. With a strong sense of sustainability, amazing opportunities for adventure, and some of the most beautiful landscapes on the planet, Costa Rica and its Tortuguero National Park are must-sees for any traveler.

Ever since I was young, I have dreamed of exploring this incredible planet. I have been very fortunate to have explored over 50 countries across this extraordinary world and to have made travel my career. I am very grateful to run The Explorer’s Passage, a premier adventure travel company and, in my opinion, the best tour operator in Costa Rica. Our team has over 30 years of experience running successful tours there. If at any point throughout this guide you find yourself with any questions, reach out to our team and we’ll gladly help build your dream trip!

What’s in this Guide?

Tortuguero is an eco traveler’s dream come true. In many ways, the town can be viewed as the poster child of ethical, sustainable tourism in Costa Rica. That’s really saying something in a country laden with carbon-neutral lodges, where 28% of the total land makes up its national parks!

See, back in the 1930s, Tortuguero was actually founded as an outpost for loggers, and canals were dug into the rainforest to facilitate the removal of ancient timbers from the primeval woods. Things quickly changed as the Costa Rican government began to recognize the value of their wildernesses.

By 1975, a great swathe of the region was designated as a national park, and the Tortuguero village at its center was established as a prime gateway to turtle-rich beaches and forests filled with sloths, spider monkeys, and other wildlife – a true delight for any animal lover. 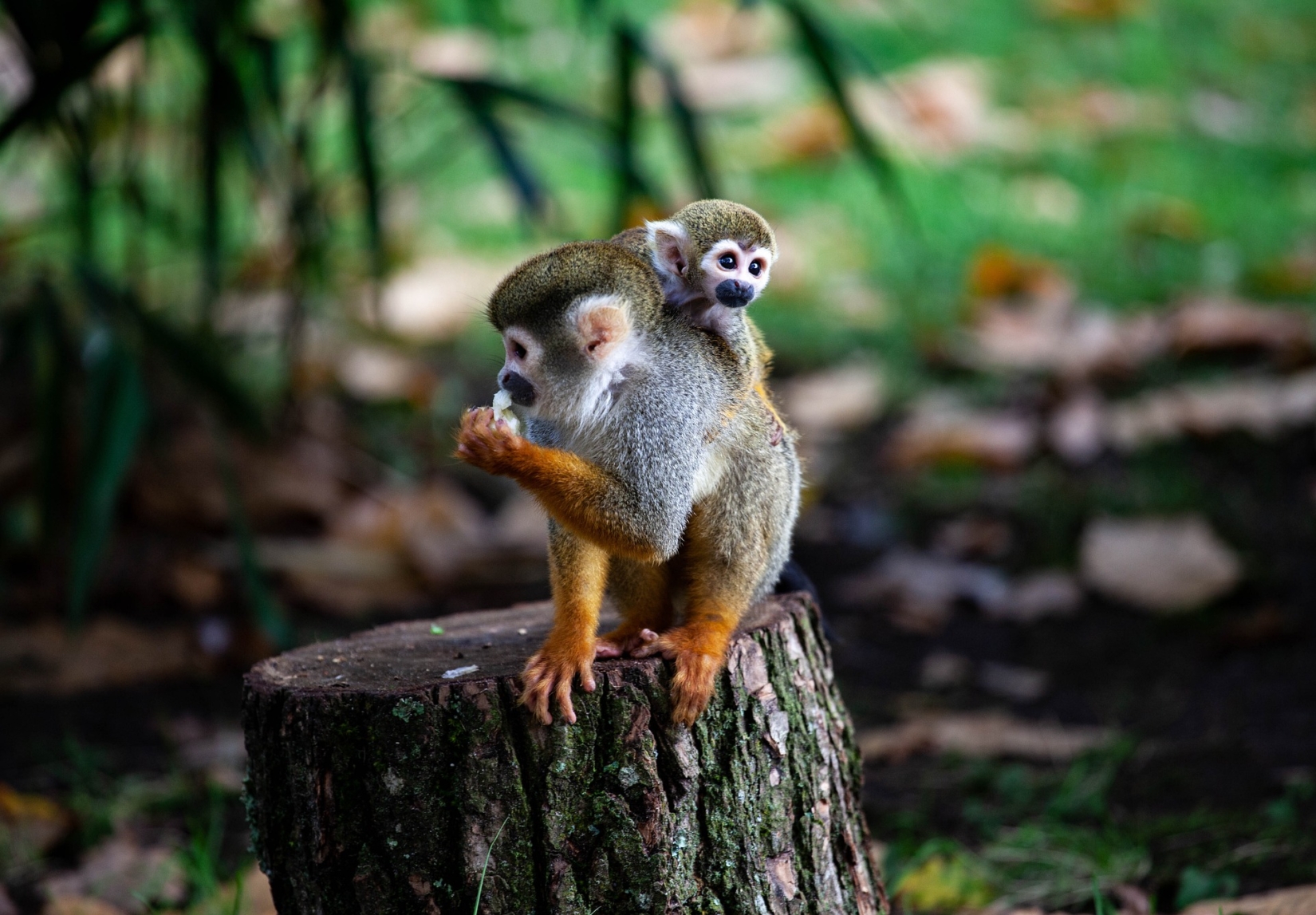 Today, whenever you touch down here, it’s hard to shake the feeling that you’re going somewhere truly wild. And we don’t mean wild in the safari park sort of sense, either. We mean totally untouched by human hands; a land where majestic monkey pot trees rule the canopy and pumas stalk the undergrowth. Intrigued? Take a look at our customizable Costa Rica trip to learn more. 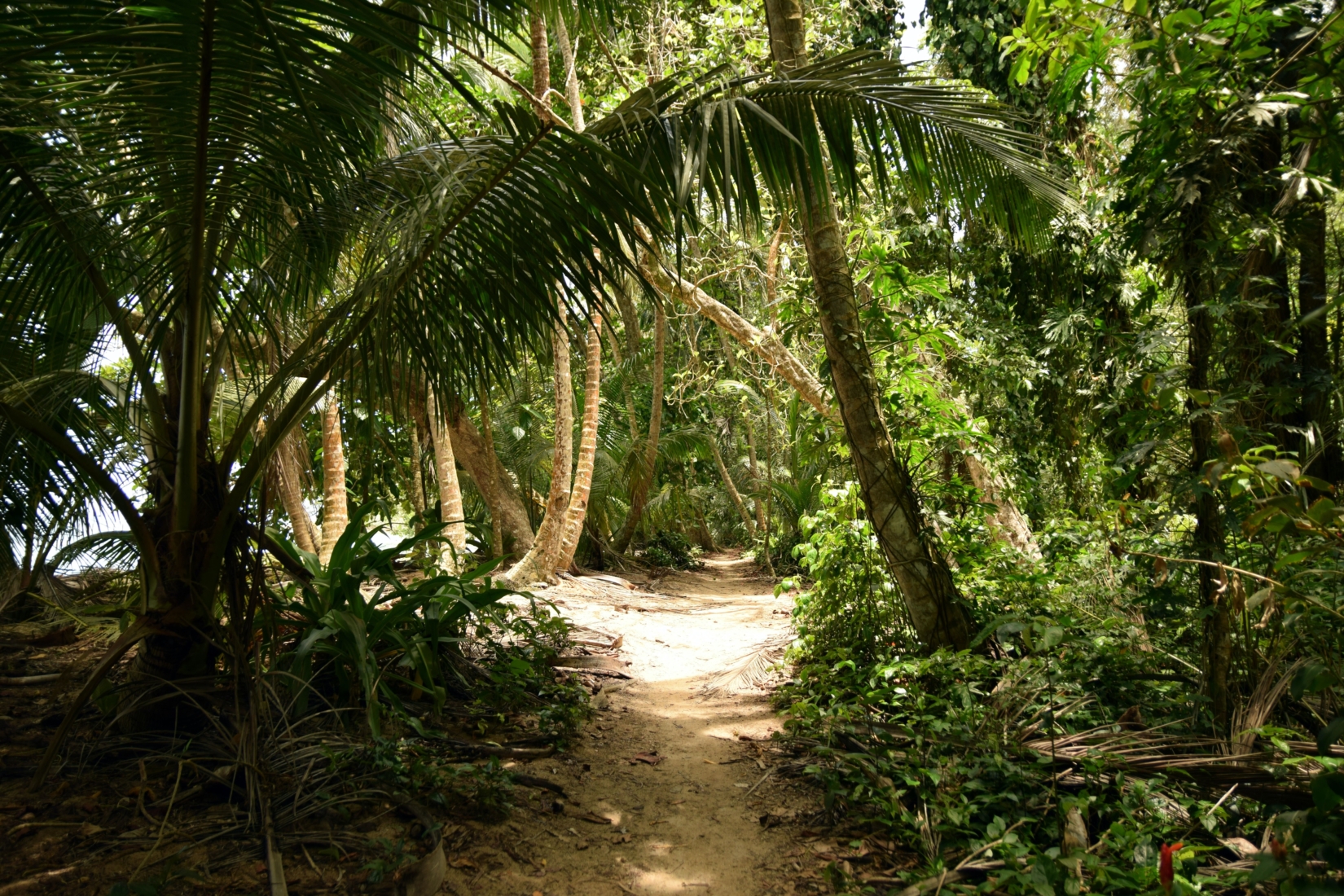 Tortuguero is quite easy to pinpoint on the map. It’s basically as far northeast as you can possibly go in Costa Rica before hopping across the border into Nicaragua. And you’ll find the popular Tortuguero National Park located within Limón Province. Tortuguero village – the place where 99.9% of travelers base themselves for trips to the turtle beaches and rainforests – is smack dab midway through the region. Uber-remote, it’s over 15 miles (24 kilometers) from the nearest major highway, with the great Tortuguero River snaking by on its way to the Caribbean Sea. 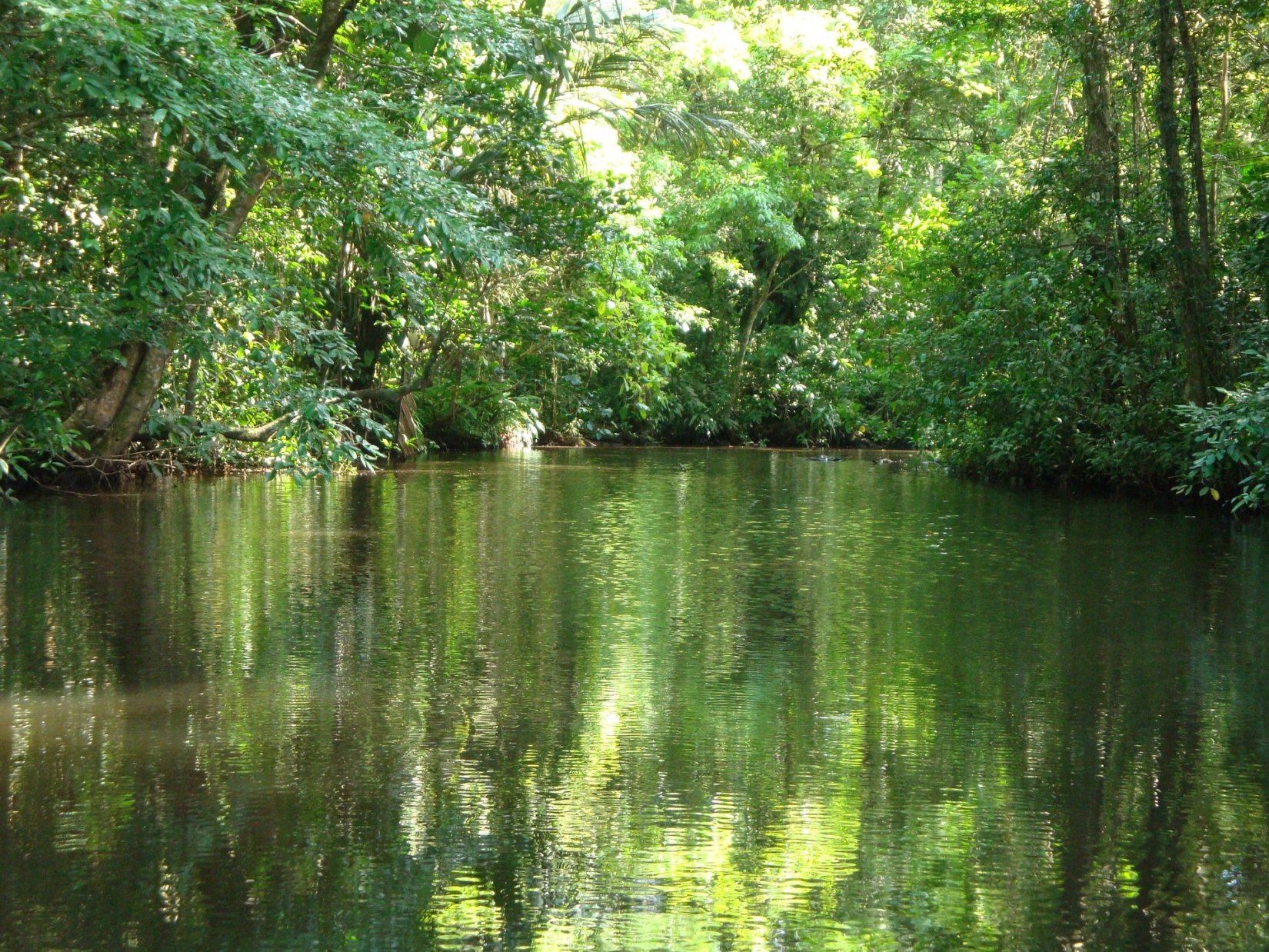 3. How to get to Tortuguero?

Getting to Tortuguero is half the fun. It’s not going to be easy – did we mention that this is one of the most remote destinations in the whole of Costa Rica?

There are only two ways to arrive: by boat or by plane. The vast majority of travelers go for the former as it’s cheaper and a bit of a wildlife adventure, taking you along forest-fringed waterways replete with caiman alligators and kingfishers. The latter is pricier but a whole lot faster. Here’s a more detailed look at some travel options.

There’s zero reason for getting a car rental in Tortuguero – as there are no roads! Plus, the Tortuguero village is so compact that you can walk between most of the major lodges and restaurants without any problems. When it comes to seeing the national park, there are really just two main ways to get around.

The first is by hoofing it on the trails. This isn’t Manuel Antonio, though. There’s but a single marked loop called the Jaguar Trail (more on that later) and the route to Cerro Tortuguero to boot. Motorized boats leave early – around 6:00 AM – from the town to take you into the depths of the reserve, but not as deep as you can go.

This is where canoes and kayaks come in. They’re small enough to navigate the narrower canals and reveal more hidden corners of the park. What’s more, kayaks and canoes are quiet and cause less of a disturbance, so your chances of seeing birds, fish or other wildlife increases with this option. 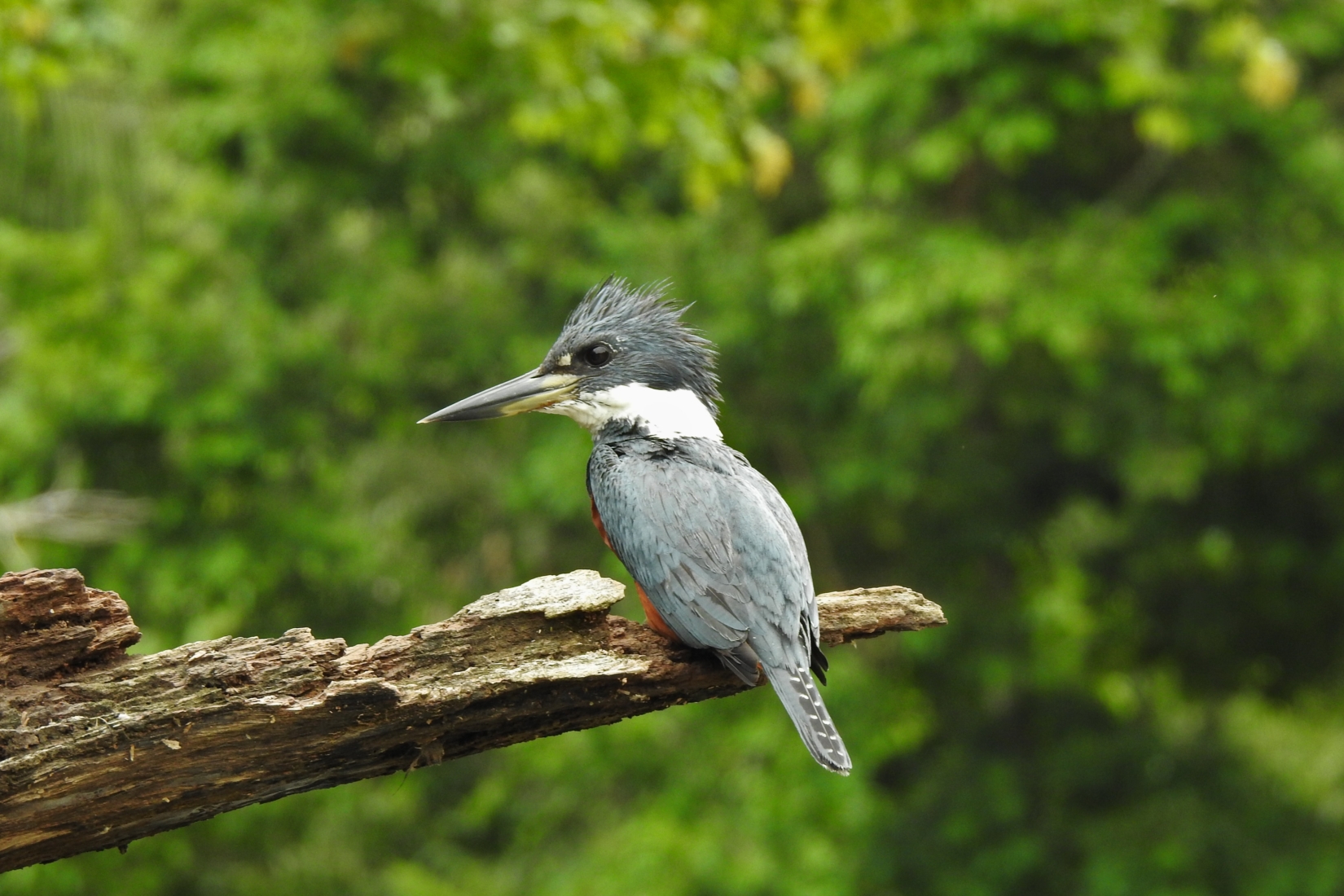 5. The best time to visit Tortuguero

Since the main attraction in Tortuguero is the booming population of turtles that come by for the annual nesting season between July and October, that’s also when you’ll find the highest number of travelers in Tortuguero village.

More pointedly, September and October are the peak of the peak for the National Park. Those fall months are when the turtles finally begin to hatch, offering travelers a chance to witness the turtles’ great run across the beaches towards the Caribbean Sea for their first swim.

If you sportfish, anytime in the months from September to June are the best times you’ll want to visit to go tarpon or bass fishing.

The fall months also happen to be the driest months of the year on the Caribbean side of the country (notice how that’s the opposite of the Pacific side). However, you can expect the weather to be humid and rainy in Tortuguero no matter what time of year you visit.

As for temperature, you’ll find these fall months are ideal as Tortuguero averages a warm 84°F (29°C). Nevertheless, if you plan to visit another time of year, Tortuguero temperatures generally fall between 71-89°F (22-32°C).

7. Top things to do in Tortuguero

True to Costa Rica’s style, Tortuguero is all about nature and wildlife. Come here for visions of ultra-rare sea turtles nesting on cinnamon-tinged beaches. Or come to tread paths worn by jaguar paws. Even come to hike trails through ancient groves of towering almendro trees. Here are some more of our suggestions on the top things to do: 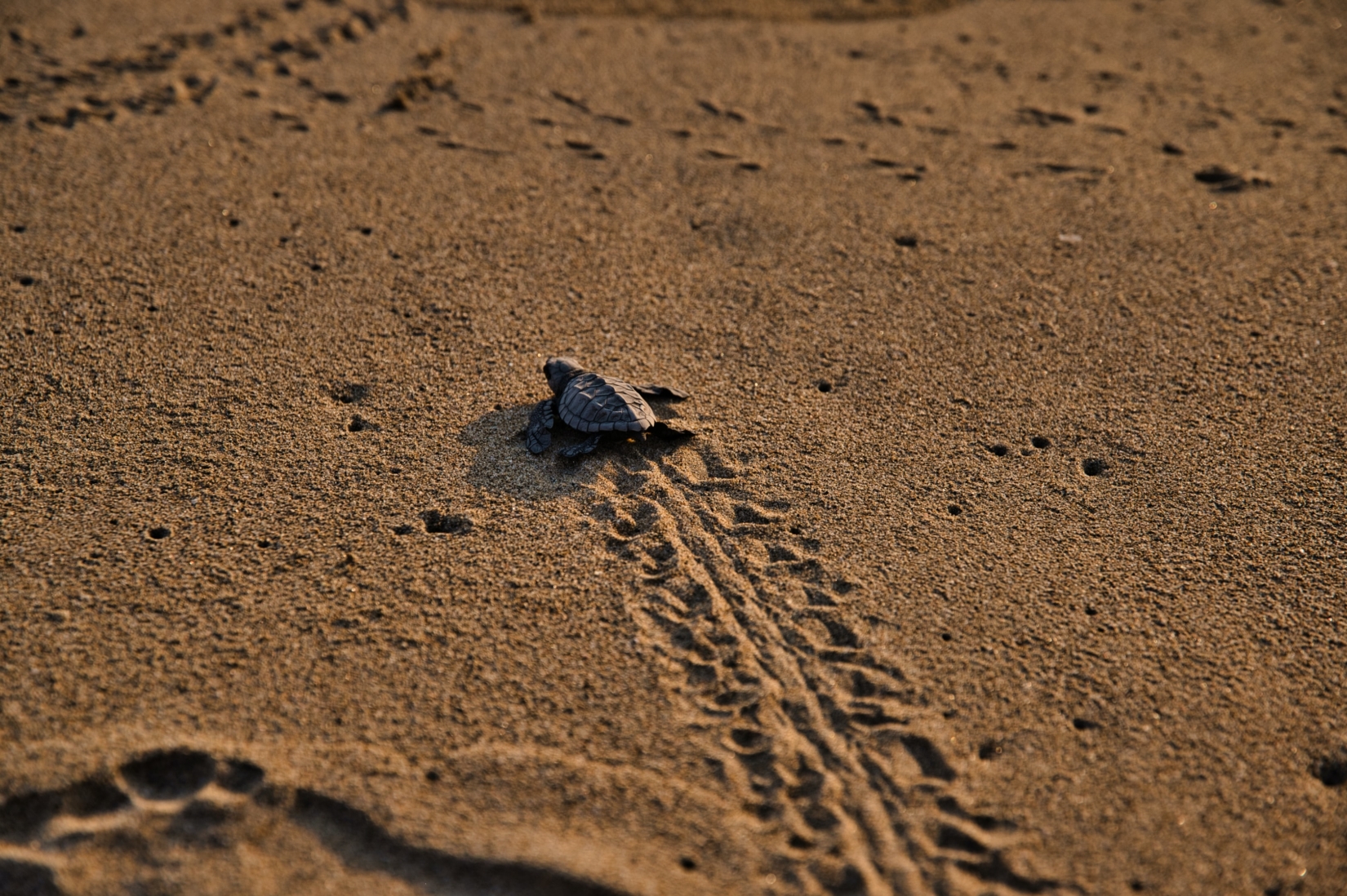 Turtle tours take place in the peak turtle season of July through October on this side of Costa Rica. They usually last around 2.5 hours and always happen after dusk. You’ll mainly be looking for green turtles, but there are also hawksbill and leatherback species to be found on these beaches. There is over 11 miles (17 kilometers) of protected beach for these turtles to roam, so you should have no trouble catching a glimpse of these astonishing reptiles. 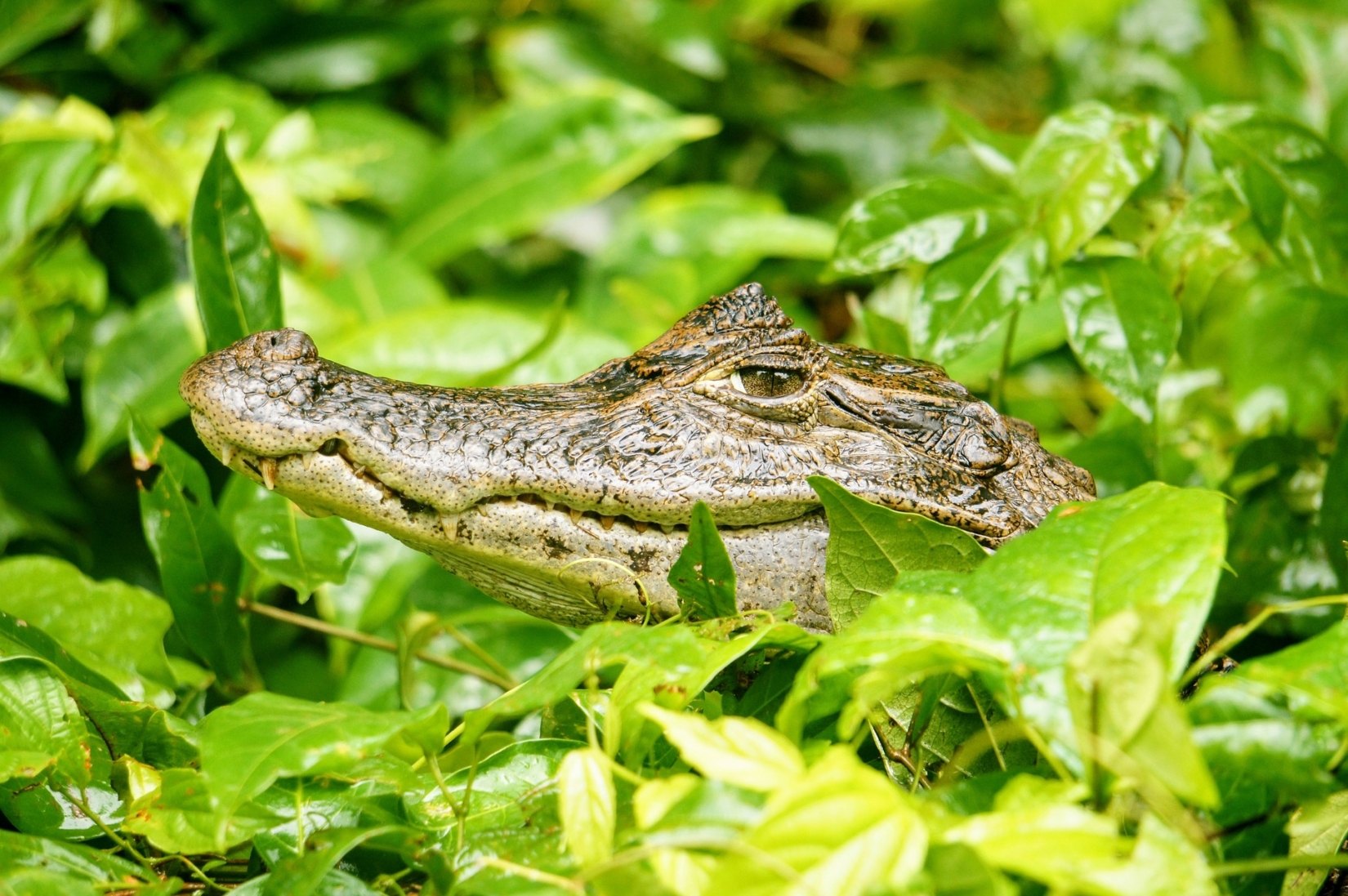 The plus side is that you can cover more ground with this option. The negative is that motorized boats can’t fit into all the canals and can be noisy enough to scare away wildlife like those amazing parrots, kingfishers, and other bird species. However these boat tours can be great to fish for tarpon and other smaller fish species as you navigate through the national park.

It starts at the edge of Tortuguero village and along the way, you’ll get visions of the lapping Caribbean waves, palm groves strewn with coconut husks and turtle shells, and all manner of bird life. Don’t be tempted to swim in the beach (or the canals, rivers, or anywhere in Tortuguero for that matter) – currents are rough and fatalities have occurred.

You can even take your birdwatching to the beaches, where water bird species like the sanderling can be seen chasing the waves and frolicking in the sand. If birdwatching is your motivation for the trip, the best months to visit are January through February when bird species follow their migratory paths and take a pit stop in Tortuguero. 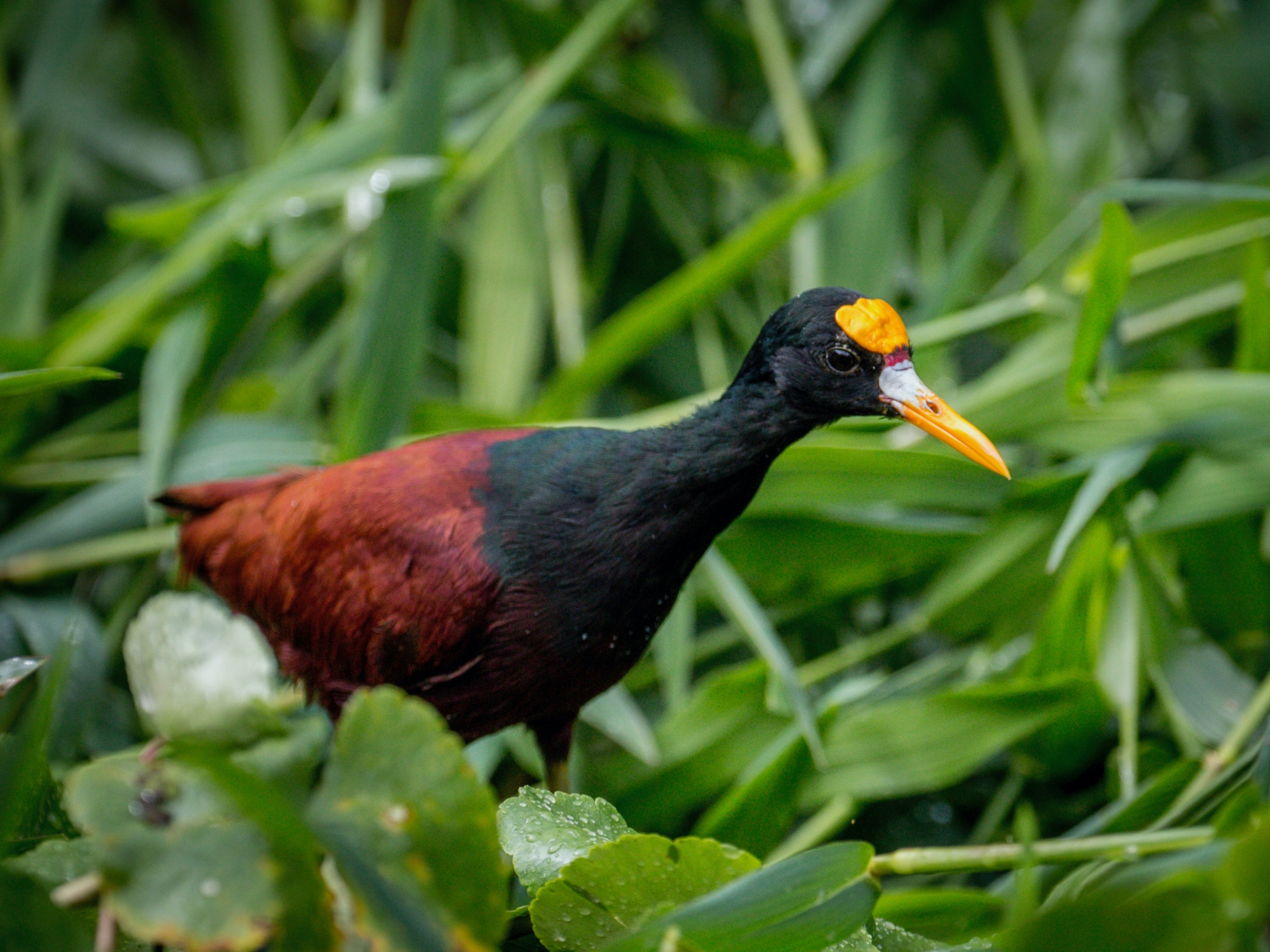 You can discover Barra del Colorado, the largest reserve in the nation with over 30 miles (48 kilometers) of canals and rivers, and home to notable fish species such as the guapote and snook. The best months to fish for tarpon are usually from January to June. However, it is important to note that Tortuguero is mainly a catch-and-release region in order to sustain a healthy fish species population.

Tortuguero is small. There isn’t an overload of places to bed down like Tamarindo and the booming eco destinations of Monteverde. There are but a handful of lodges, some of which ooze authentic Pura Vida charm. Here are some of our suggestions for the best Tortuguero hotels and lodges to stay at: 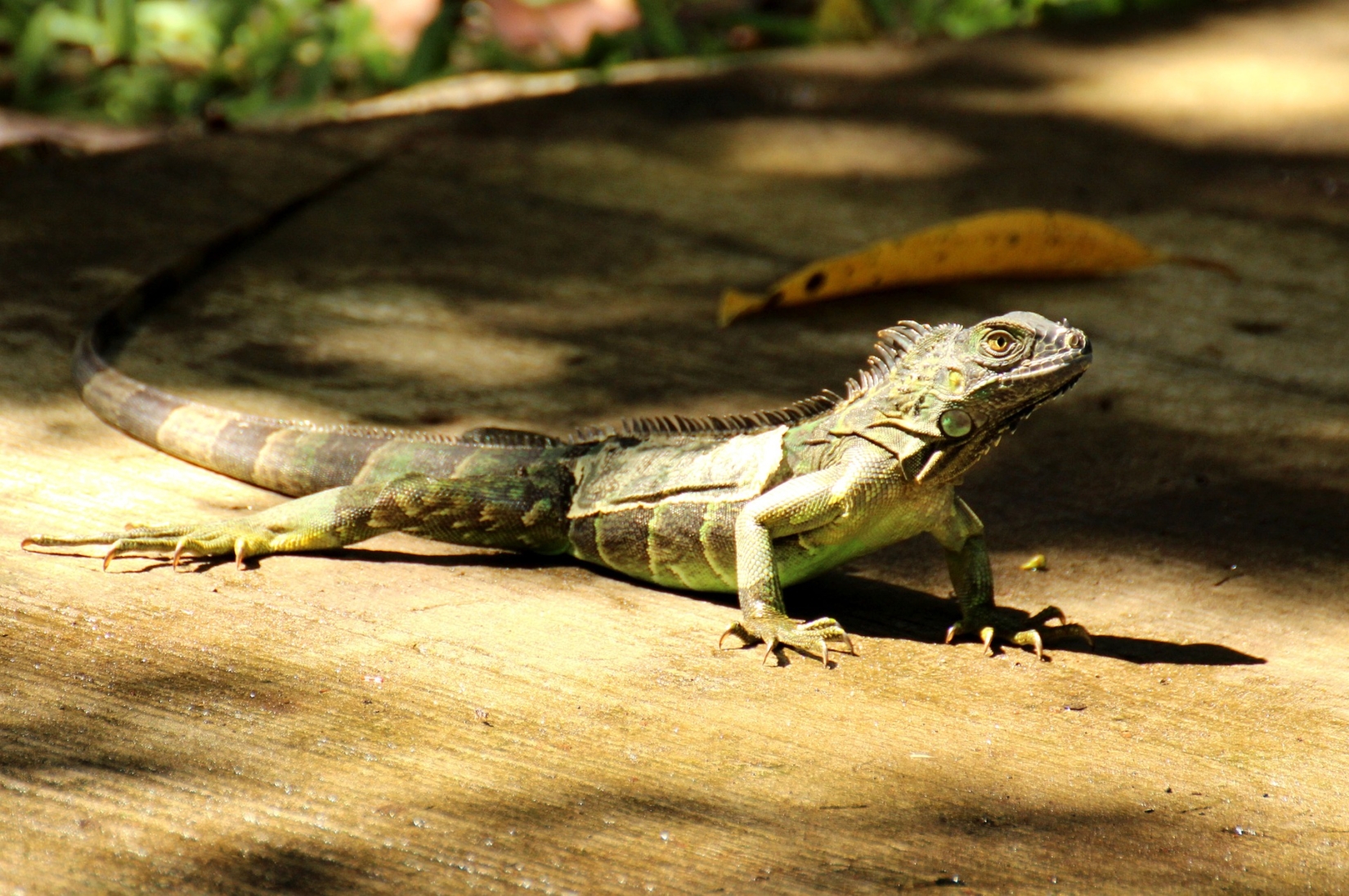 A Costa Rica trip to Tortuguero sounds great, doesn’t it? Whether you plan the whole thing yourself or decide to come with us (fingers crossed!), we hope this guide will serve you well.

Below is a sneak peek of what you can expect during your adventure with The Explorer’s Passage. Although we’ve included our picks for some of the best places to visit, everything is fully customizable to your idea of the perfect trip. This sample adventure includes touring the city of San José, observing the turtle conservancy, and a night tour in the Tortuguero Forest. 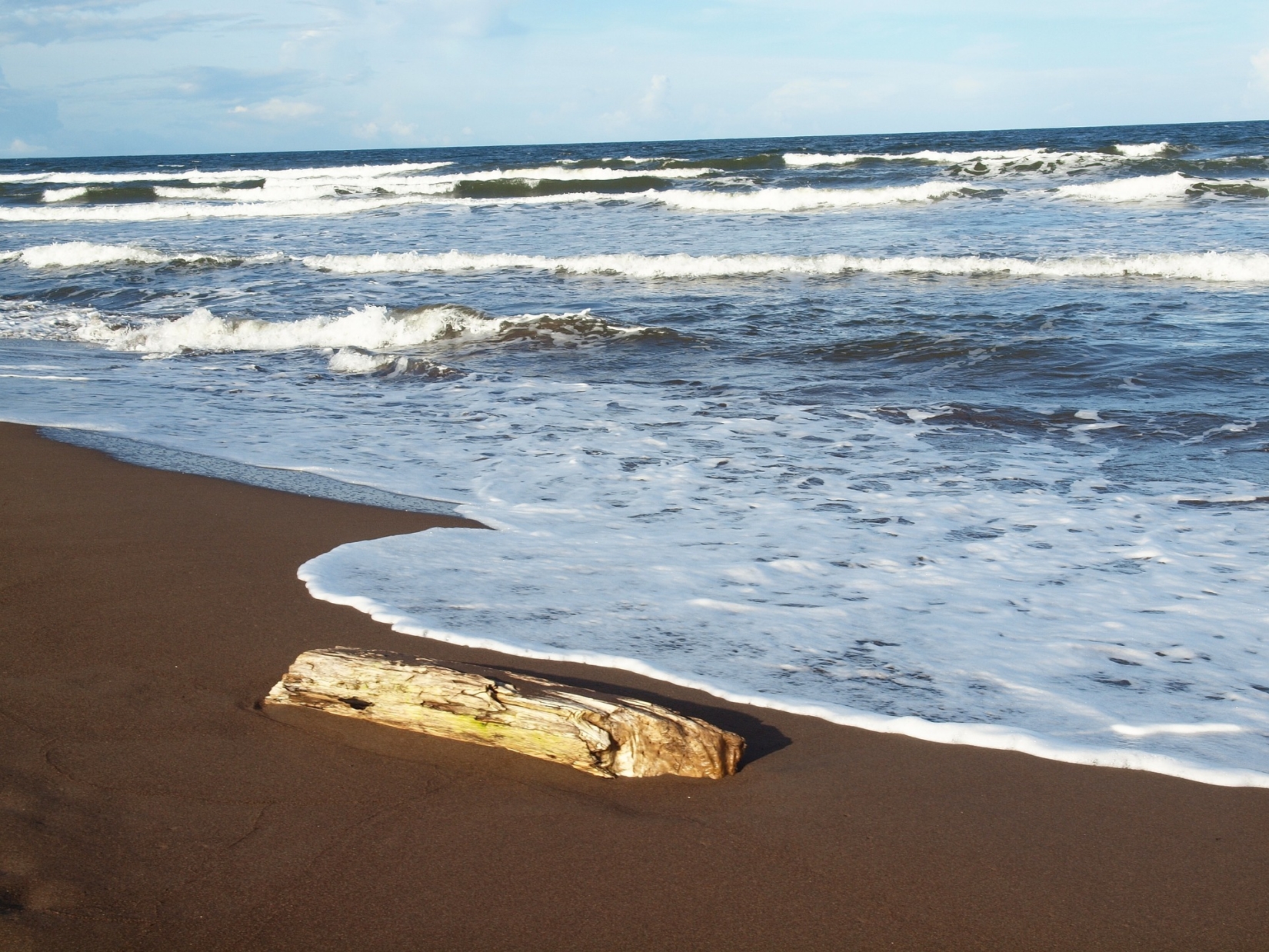 That’s just a glimpse of what awaits you. Tempted to experience the full adventure? Join us!

Got more questions on touring Tortuguero or need help planning your trip to Costa Rica? Our knowledgeable Adventure Consultants would love to hear from you so contact us and let us show you what’s possible.

If you liked this post, be sure to check out the 15 best places to visit in Costa Rica and 14 fast facts about Costa Rica. You’ll also find more of this kind of adventure content on our blog page!

Why travel with The Explorer’s Passage?

Experience Tortuguero National Park with the best tour operator in Costa Rica. With over 30 years of experience in the tourism industry, our team has extensive local knowledge and networks that you can trust.

We pride ourselves on delivering extraordinary tours based on travelers’ needs and are humbled by our guests’ testimonials. In fact, our dedication has earned us a 5-star rating on Tripadvisor, and awards by Travel+Leisure Magazine and Newsweek. Check us out and discover why so many travelers worldwide choose us. My team and I would love for you to join us on a trip to Tortuguero or any of our many other adventure trips!